A leaked report shows that the club had The Valley professionally assessed for redevelopment last year: Redevelopment

The report focuses specifically on the car park, but Greenwich Council would want alternative provision to be made.

Other League One clubs have made signings, but, despite early optimism there has been no activity at Charlton. However, Karl Robinson has got his big book of excuses out to explain why nothing has been happening, the FA cup final being named as one culprit.

The way things are going it doesn't look as much will happen until after Robinson returns from his summer break, by which time some of the best prospects may have gone elsewhere: The waiting game

Next season's away travel

Charlton author Paul Breen takes a look at next year's away destinations, some of them, of course, becoming very familiar. As one would expect, it's a well written piece but it is difficult to be inspired by visits to the likes of Doncaster and Rotherham: A few new places

Charlton are working on a deal to bring Chelsea's Jay DaSilva back to The Valley. They need more left side options and he impressed towards the end of his loan spell: Return?

He has one year left on his contract and Chelsea may want to sell him rather than loan him. What the player's view might be about that is unknown.

Jonathan Miller reflects on Charlton's play off victory and says that it seems a lifetime away: The pain and the glory

Indeed it does. For example, my 17-year old granddaughter, now considering her university choices, wasn't even born. Her mum, who came with us to the game, wasn't married.

Charlton would like to sign Peterborough midfielder Marcus Maddison. Karl Robinson tried to sign him in January, but was put off by the £2m price tag. I wouldn't hold your breath as promoted Bolton Wanderers and Sheffield United are also interested: Marcus Maddison

He started his career at Newcastle United, although he never played a league game for them. A rude 'Swiftian' comment has been inserted into his Wikipedia entry: Career details

Perhaps more realistically, Charlton are in a bidding race with Luton Town for Oxford United midfielder Liam Sercombe. In this case the fee is a more affordable £150,000: Liam Sercombe

It's the anniversary today of the play off final against Sunderland and the Daily Telegraph features the greatest game. As Mark Bright notes, incredible is a word too much in football, but that game was incredible: The greatest game

Charlton have made an offer to Swindon captain Nathan Thompson who is a free agent at the end of the month and does not want to play in League Two. Predominantly a centre back, he can also play as a holding midfielder or at right or left back (and probably drive the team bus as well): Nathan Thompson

Thompson is a product of the Swindon youth set up and made his league debut in 2010 in a 0-3 home defeat to Charlton.

Nathan Byrne won't be back

Nathan Byrne, on loan at Charlton since January, won't be back next season. Wigan want him in their squad for next season: Nathan Byrne

There will be no Belgian loan deal for Tony Watt: Tony Watt

Quite what his future holds remains uncertain. It is difficult to see yet another loan deal being secured, but he does not fit in with Karl Robinson's plans.

Sheffield Wednesday and Cardiff City have joined Sheffield United in an attempt to sign Charlton winger Ricky Holmes. No fees have been mentioned in any of the reports I have seen.

Hopefully, the club will stand firm. Fans would regard the departure of Holmes as a major blow.

Jordan Botaka, on loan at Charlton in the season just ended, has been released by Leeds. It's a bit harsh to describe him as a 'flop' at The Valley as this report does, but I certainly wouldn't want to sign him: Jordan Botaka

In another shock, Roger Johnson has been released by Charlton. As the SLP's Richard Cawley commented on Twitter, 'That won't go down well with the fans.'

Robinson: 'I do my business in a very private way'

Robinson is upset that Ben Reeves' agent has revealed that there have been talks about a move for the 25-year old attacking midfielder to Charlton. He is a free agent after having been let go by MK Dons: Private transfer talks

I suppose one has to expect that managers will want to hire players they have worked with in the past.

Karl Robinson will not be able to make the fresh start he would like in the summer because he was constrained by past mistakes made by the regime in the shape of long-term contracts signed for players who turned out to be not fit for purpose, argues VOTV editor Rick Everitt: Simmer headache

The Rickster does point out there are a number of players from whom we may benefit in terms of retention, promotion or sell on clauses.

This blog post argues that this is one of Charlton's most important summers (agreed) and that Roland and Katrien can still get it right (possibly, but past performance doesn't give much assurance): Summer of hope?

Jorge Teixeira is attracting interest from foreign clubs. He has three years left on his contract and is one of the highest paid players at The Valley, disposing of him would trim the wage bill: Teixeira

Charlton are to hold contract talks with player of the year with Ricky Holmes and it is thought likely they will be successful. He will be offered a boost to his wages: New contract

This is very encouraging news.

Adam Chicksen has been released by the club: Valete. Thanks for all you tried to do.

The club will be looking for another left back. Lewis Page didn't have the best of starts with suspensions and injuries.

The News Shopper has selected the six top protests of Charlton's 2016-17 season, accompanied by an extensive gallery of photographs: Pitch protests

I would rather recall our six best victories of the season, but that list might be difficult to produce.

Charlton bid for Jags centre back

Charlton are in talks over signing highly rated Partick Thistle centre back 21-year old Liam Lindsay who has a £750,000 price tag on his head, according to the Scottish press Liam Lindsay

However, promoted Bolton are also in the frame and the Jags don't want their keeper to move south of the border for at least another season.

Lindsay is a product of the Partick Thistle youth system: Career details 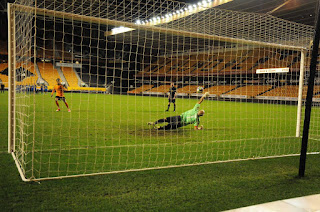 That was the comment of a Brakes supporter after Leamington won the Birmingham Senior Cup at Molieneux last night by beating Wolves on penalties, the first scored by their Sam Bartram style keeper Tony Breeden.

Leamington's promotion and cup victory is some compensation for another season of disappointment and alienation at Charlton.

This presumably implies that Tony Watt will be moving on (no surprise there) and Nicky Ajose will not be returning.

One Addick has tweeted in relation to Henderson, 'Another Crofts or Novak.'

In an extensive interview, Johnnie Jackson says that he would like to manage Charlton. He is confident he could make a good job of it, but so far he hasn't been asked: New role

Rod Liddle was writing in the Sunday Times yesterday about the fate of Blackburn Rovers under their current owners, Venky's. He concluded the article, 'I remember, a few years back, a close mate of mine telling me in excited terms that his club were about to be taken over by a foreign owner with lots of money to splash around. Just watch us go! And indeed we did. The club was Charlton Athletic and the owner was Roland Duchatelet.'

Liddle reckons that 'Charlton look set for a long sojourn down below the waterline.' Liddle is, of course, a Millwall supporter, but, to be fair, he has backed CARD.

Player of the season Ricky Holmes wants a new contract. He has twelve months to run on his current deal, but he is not the highest paid player at The Valley, receiving less than Nicky Ajose: New contract

We can't afford to lose Holmes who brings real quality to the team. Indeed, it would be good to make him captain. Over to you, Katrien. Deploy those negotiating skills.

Karl Robinson is keen to bring Stephy Mavididi, recovering from injury, back to The Valley on loan: Mavididi

The takeover talks with the Australian Football Consortium have stalled, but they could yet be revived with Roland Duchatelet willing to listen to offers: Not enough readies

The consortium were prepared to offer £25m, but had difficulty in raising the cash. This does not bode well for their ability to invest in the club.

The future of mercurial Scottish striker Tony Watt is in doubt. He did not feature in the last five games of the season and Karl Robinson is to hold talks with him: Uncertain future

Meire apologises if she has upset fans

In a question and answer session with the CAS Trust Katrien Meire has apologised if she has upset fans. She also stated that the toxic nature of the club made it difficult to attract players. Other answers dealt with the Jimmy Seed stand: Katrien Meire

Robinson in for MK Dons keeper

Declan Rudd has returned to Norwich and been granted a one year extension of his contract. However, I have reservations about Rudd (I think Phillips is at least as good) and would not want to make a bid for him.

We are going up!

Consolation for Charlton's poor season this afternoon when my non-league team Leamington won the Southern Premier League play off final against Hitchin Town 2-1 in extra time. The crowd was a ground record of 2,108.

So next season they will be just three tiers below Charlton.